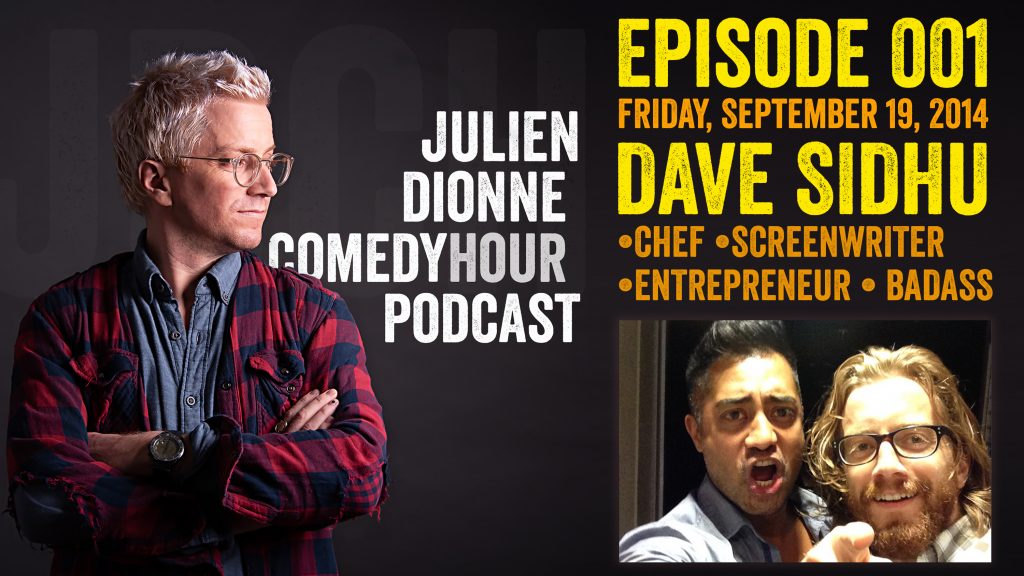 We have lift off! In this inaugural episode, Julien sits down with screenwriter-turned-restaurateur superstar, Toronto’s own, Dave Sidhu. They dive deep and leave no stone un-turned in the quest to find out everything about Dave’s success and what makes the man. They talk about Dave’s early days as an aspiring filmmaker in Hollywood, how he re-invented himself and discovered his passion of Mexican culture and cuisine. The discuss — in depth— the story behind the Playa Cabana restaurants. Julien also introduces a brand new segment entitled, “Baby Geoffrey”. This Episode is brought to you by Echo 1 Photography and HP Audio.